This is the release of the single 'Running Man', the second official release by teenage singer-songwriter Kieran Marsh of Newport, Gwent. The 16 year old was recently crowned 2017 champion of Capital FM's competition to uncover the rising stars of Welsh music. The Spotlight competition in conjunction with SSE on Capital Radio South Wales was won by Kieran after he competed in a live final in front of a panel of expert judges at the SSE Stadium in Cardiff.

'Running Man', together with another one of Kieran's original songs 'Keeper', is a two track catchy pop single released on the Tarw Du label and is available from all good online stores to buy and to stream. This is the follow up to his debut ep 'Enter the Dragon', which was well received by media and fans alike and which garnered airplay on BBC Radio Wales and other radio stations.

2017 looks set to be another busy year for Kieran with more writing, traveling and performing on the way. And, as part of the great prize offered by the Capital South Wales and SSE's Spotlight competition, Kieran will also be writing, recording and releasing a single with talent agency 'The Famous Company' in the near future. Look out for this and more from the talented singer songwriter. 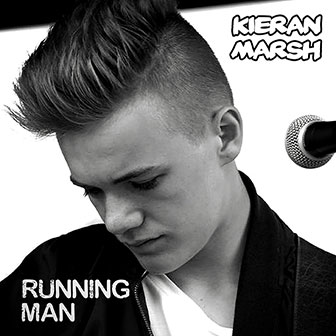 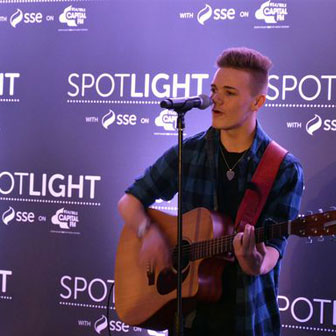